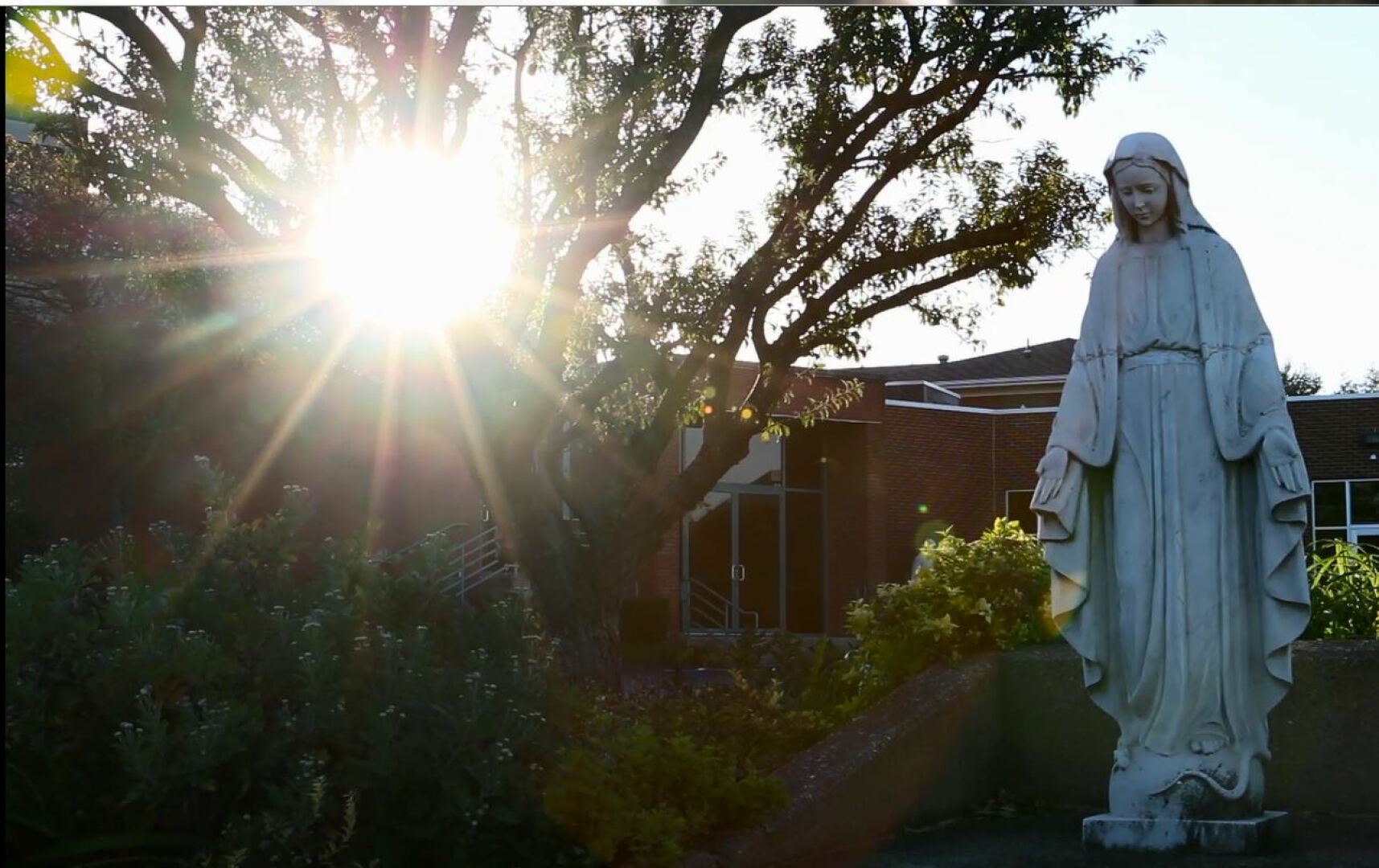 In June of 1955, Father Arnold F. Witzman receives a call from Archbishop Karl J. Alter to move from Cincinnati to Dayton to organize a new parish—a parish which came to be known as The Church of the Ascension. A month later, the first Mass was offered in the Greenmont Community Center. First Sunday attendance (for three Masses) was 1090, with 131 families registered. That was the beginning.

During the next seven years, the parish passes many milestones:

First three principals of Ascension School were as follows:

Father Edward Rudemiller (Father Rudy) ushers in a new era in August of 1980. In his 12-year old tenure, Ascension experiences a new surge of growth:

Father Rudy’s farewell in 1992 marks another turning point for Ascensionites. Father David Brinkmoeller arrives that summer. Under his guidance, Ascension builds upon the past, developing a much-needed lay leadership, continued commitment to being a praying, caring, teaching, serving parish.

The dreams and achievements of yesterday—lighting the way to the future.

In 2004, Father David Brinkmoeller is assigned to St. Helen’s and Father Chris Worland comes to Ascension to continue the tradition.

In 2014, Father Chris Worland is assigned to St Albert.  Father Ed Pratt, who had served Ascension as a Seminary intern, arrives at Ascension as Pastor

During the Summer of 2022, the Kettering Catholic Community was created as a result of the Archdiocese of Cincinnati Beacons of Light Pastoral Plan.  Father Ed Pratt became the Pastor of a family of parishes: Church of the Ascension, St. Albert the Great Parish, and St. Charles Borromeo Parish.  Two other priests joined this family: Fr. Tom Nevels and Fr. Chibueze Asiegbulem.  For more details about Beacons of Light, go to https://catholicaoc.org/beacons-of-light/learn-more.